Skip to content
Washinton Post
By Tom Jackman January 9
At a giant Best Buy repair shop in Brooks, Ky., Geek Squad technicians work on computers owned by people across the country, delving into them to retrieve lost data. Over several years, a handful of those workers have notified the FBI when they see signs of child pornography, earning payments from the agency.  Read full article at Washington Post
NOTE – In this case, the alleged files weree in “unallocated space” – they had been deleted.  The tech had to intentionlly scan for dleted files and would not have been able to see or recover them without special tools.

The GPG Suite for Mac provides everything you need to get started with secure communication and encrypting files in one simple package.  While no longer free unless you compile the code yourself, it is still worth the cost  ($24 per major relase) untill Apple builds encryption into Mac Mail.

Use GPG Suite to encrypt, decrypt, sign and verify files or messages. Manage your GPG Keychain with a few simple clicks and experience the full power of GPG without too much hassle.

One shouldn't need to set up sophisticated encryption tools to protect their private mail, documents and records.  Amendment IV to the U. S,. Constitution reads:

The right of the people to be secure in their persons, houses, papers, and effects, against unreasonable searches and seizures, shall not be violated, and no warrants shall issue, but upon probable cause, supported by oath or affirmation, and particularly describing the place to be searched, and the persons or things to be seized.
GPG Website

Apples new verson of OS/X called Yosemite captues Spotlight search terms sending them to Apple and then passing them on to Microsoft.  Learn how to turn of this “feature”.  Read more …. 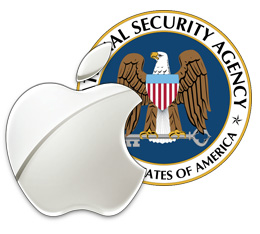 Slides from the talk Identifying Back Doors, Attack Points, and Surveillance Mechanisms in iOS by Jonathan Zdziarski at the 2014 Hope X conference in New York.

The National Security Agency has built a surveillance system capable of recording “100 percent” of a foreign country’s telephone calls, enabling the agency to rewind and review conversations as long as a month after they take place, according to people with direct knowledge of the effort and documents supplied by former contractor Edward Snowden.

Why try to hammer out solutions to problems such as gun violence, immigration, healthcare costs  and jobs when the country faces the threat of Google Glass.  While unable to find bipartisan solutions to anything real, Congress is demanding answers from Google about the

potential dangers from Google Glass – a product that  has not been released.  The letter to Google CEO Larry Page – see full letter below – requests that Google reply by June 14, 2013 with solutions to problems created by what the not-yet released device's not-yet known features might do.   If they are sincerely concerned about privacy then they might want to start with some products that are actually being sold by the thousands that do exactly what they seem to be concerned about.

They may wish to start with the Cellebrite UFED Touch, a device which can  extract, decrypt, parse and analyze phonebook contacts, multimedia content, SMS and MMS messages, call logs, electronic serial numbers (ESN), International Mobile Equipment Identity (IMEI) and SIM location information.  Some features do not require a physical connection to the device.  Or instead of worrying about "what if" Google Glass might one day do facial recognition, Congress may wish to think of the privacy implications of real devices that actually do it today such as the BI2 Technologies MORIS™  a handheld biometric device based on the iPhone that can recognize and identify people based on iris, face, or fingerprint.